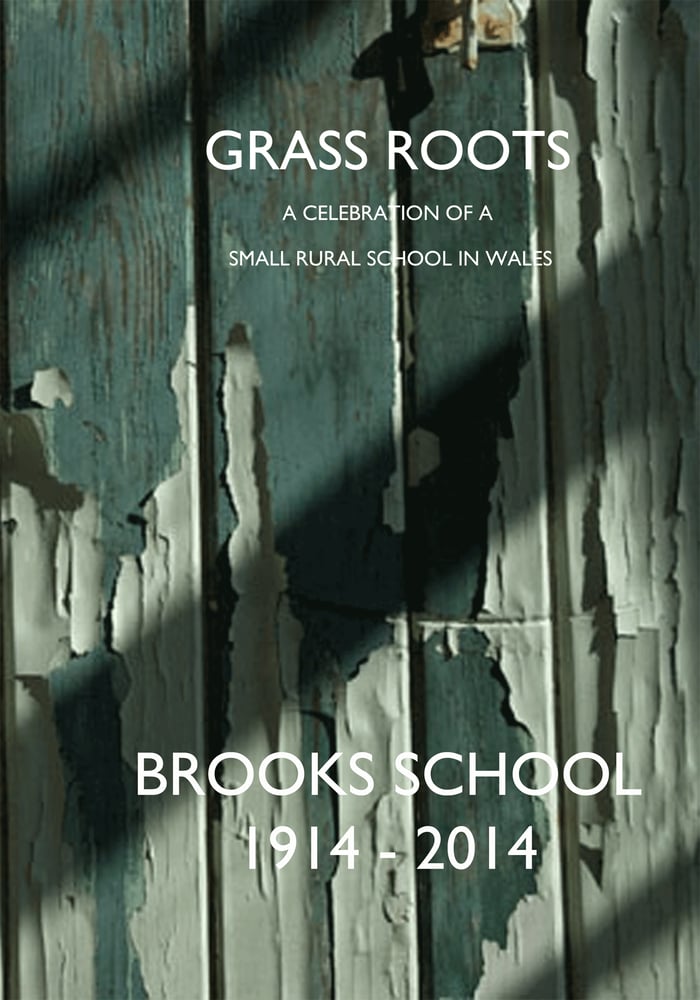 Grass Roots - a celebration of a small rural school in Wales

This small book gathers together fragments: letters, maps, photographs, historical accounts, prose and poetry, which cumulatively evoke the life and times of a small rural school in mid-Wales. Brooks Council School was built just after the turn of the century and opened in 1914. A small school in a remote part of Wales. But it’s story has a poignancy and a resonance that touches us now, one hundred years later. ‘The times we live in’ becomes ‘in living memory’, then, history. We should grasp these fragments whilst we still may.

The one hundred years of Brooks School’s existence was a time of huge cultural change - from the age of cardboard and string, of hand-writing, the everyday manual labour of life, cooking, washing, lighting fires, digging, cutting crops, a world of muddy or ink-stained hands - to the cleanliness and aridity of the electronic age, where manual labour is regarded as messy, unpleasant - and unnecessary.

It was also a time when the notion of progress took hold. Technological progress, chiefly in the form of steam and internal combustion engines, led to the increasing industrialisation of agriculture and the loss of old more labour intensive industries (such as flannel-making) and was both a cause and a consequence of progressive ideas. Old ideas as well as old technologies were discarded. After centuries of stability and routine life became gradually more complicated and problematic. Horses would work if they were fed, but machines did not always start, and frequently broke down. Teachers logs make regular reference to the failure of various wonderful new technological innovations, such as the coal fired boiler and the motor car.... Although it may have been only barely apparent, the old order was at an end and ‘nothing would ever be the same again’.